• Open competition with a huge array of different equipment

• 52 competitors, some travelling from as far as New Caledonia in the South Pacific

The 2022 Sabfoil Wingfoil Racing World Cup & Open European Championships has attracted 52 pioneering riders to the western shore of Lake Garda in the north of Italy. Wingfoiling has exploded as a new recreational sport across the world, and increasingly some competitive-minded riders are looking to raise it to the next level and put their high-speed skills to test on a race course.

Over the next four days, from 19 to 22 October, the riders will compete in a variety of long-distance and short-course formats to see who emerges as the men’s and women’s champions of the Sabfoil Wingfoil World Cup. The event is hosted by Campione Univela on the western shore of Lake Garda.

In just a few years, Campione Univela has established itself as one of the go-to training and racing venues for all types of wind-powered high-performance machines. Wingfoil racing is one of the newest and least developed forms of hydrofoiling sport, and there is a feeling this week of being at the cutting edge of a new wave of a sport that is moving rapidly from being purely a fun beach pasttime to a seriously fun form of high-performance competition.

The experience in the fleet varies enormously, from the likes of 18-year-old Margherita Barro (ITA) who only stepped on to a wingfoil board three months ago to early adopters such as 45-year-old Gunnar Biniasch (GER) who has been a keen winger pretty much since the sport began.

The equipment also varies wildly, and the great aspect of the open format is to help speed up the understanding of what works best on a race course. Part of that is driven by the ever-improving skills of the riders where the learning curve in such a new sport continues to go up at a steep rate. The better they become at manoeuvres and straight-line skills, the smaller the foils they need to power themselves along, and the faster they go. Biniasch, for example, has clocked up a peak speed of 39.5 knots on his foil, and predicts average downwind speeds this week will regularly hit the low to mid 30s.

Jimmy Mazzanti, the owner of successful foil design and manufacturing firm, Sabfoil, is excited to be sponsoring the event. “We did a similar event a year ago but the level was nothing like what we are seeing today,” said Mazzanti. “I have seen how many riders have grown their skill level and it’s getting serious. I think this event is a milestone for a sport that at the beginning people were complaining wasn’t fast enough. Now there has been so much development to the wing and the foils, we are seeing the performance really coming on. I mean, a boat that does more than 30 knots and only costs about 5000 euros, that’s not so bad, is it?”

Wingfoil racing is attracting riders of all ages and generations. Martin Aldridge campaigned for the Olympics on conventional windsurfers back in the 90s. Now in his 50s, the British rider is a wingfoiling addict. His daughter, Ellie Aldridge, is campaigning for the Paris 2024 Games on a foiling kiteboard and only last Sunday won the bronze medal at the Formula Kite World Championships in Cagliari, Sardinia. Now she has flown up to the north of Italy to catch up with her dad as well as compete against him on the wingfoil. “I haven’t had a chance to do it in the past couple of months,” said Ellie, “so I felt a bit rusty on the lake this morning but the feeling’s starting to come back again.” Even if she’s short on practice, Ellie’s competitive instinct is bound to kick in. “If you’re wondering which of us is going to be faster this week, I think I know where the smart money would go,” laughed Martin modestly.

Like many gathered in Campione, Paula Novotná is new to wingfoil racing but she’ll be relying on her skills as a professional freestyle kiteboarder to help her get to grips with a new discipline. “I’ve been a professional freestyler for about 10 years,” said the Czech rider. “I really love do to tricks in the air but I’m really enjoying learning the racing side of things now.” She’s been wingfoiling for almost two years and competed at an event in Greece earlier this summer. “We did some slalom races but I haven’t done much course racing yet. It's great experience for me to learn here and to to compete against the other girls. And it's the beginning of the sport so I'm really excited to be here.”

Some riders have come from as far afield as Puerto Rico and San Francisco, but the record for furthest distance travelled surely goes to the riders from New Caledonia in the South Pacific. 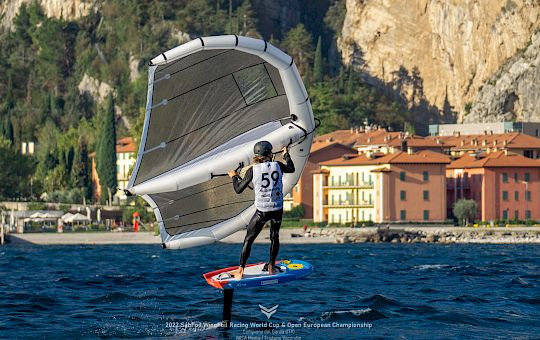 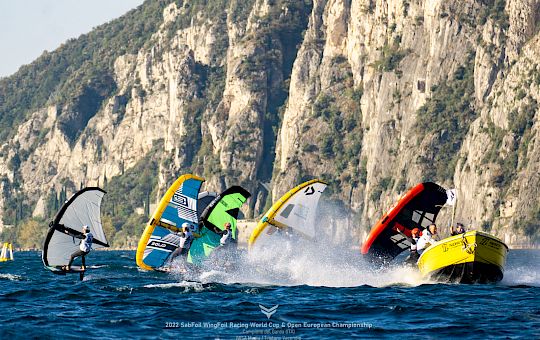 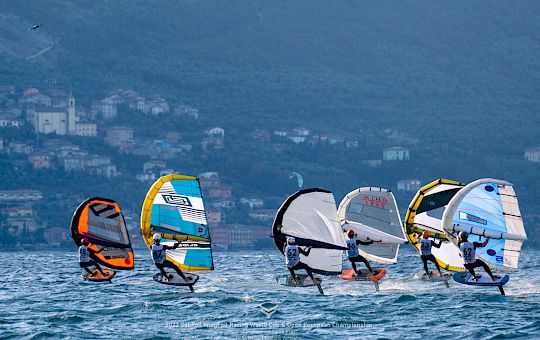 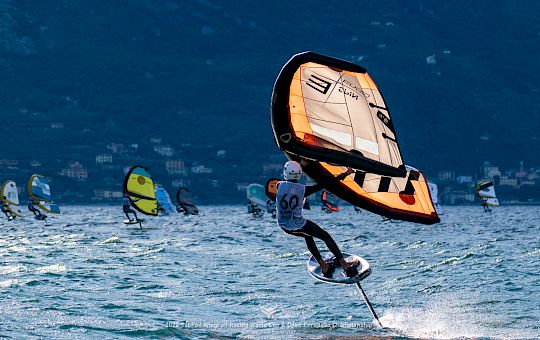 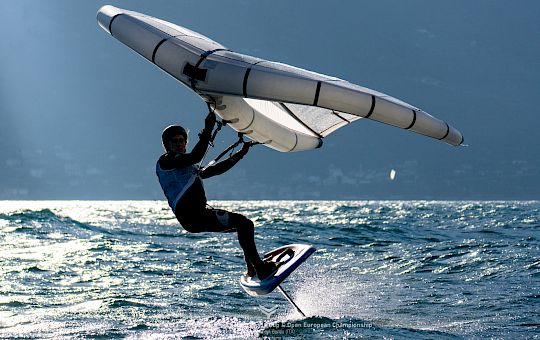