Three World Title out of four goes to France

In Campione del Garda the french school of windsurf confirmed his total lead among the young guys, infact three titles out of four of the iQFOiL Junior & Youth World Championships went to the french.

In the Under19 fleet the Frenchman Gaspar Carfatan won the World title with 22 points of discards from the Spanish Nacho Baltasar Summers, who finished in second place, followed by another Spaniard Tomas Bernat. “I’m very happy for this World title, I can't express my feelings right now. I was extremely nervous for today's races but now that the World championship is over I just want to enjoy my victory”- comments Cartafan after the races.

In the Women’s category the French Manon Pianazza takes the win after her silver medal at the Youth Olympic Games in Buenos Aires 2018. The Italian Sofia Renna who grew up in Lake Garda takes her silver medal, this wasn’t her first race with the iQFOiL, infact she already took part into a race with the senior fleet. The Israelian Mika Kafri takes the bronze medal after a hard fight against Marion Couturier that ended in fourth place.

In the Under 17 category on the first step of the podium with a big gap between the rest of the fleet we have the french Elliot Ponce-Baranski followed by the italian Federico Pilloni they have both been really competitive and have shown to be great fighters. Thanks to the morning races the Sweden Vidar Nystrom managed to take the third place.

Absolute winner between the girls is the Israeli Tamar Steinber that collected only bullets in all races of the Championship except the discard. In second place the Norweigian Tuva Oppedal has been very consistent during the event. The Italian Linda Oprandi right on the last day with three close and engaging races managed to take the third place in this great competition.

The day started with the wind coming from the north with an intensity of about 15-18 knots which went dropping throughout the morning. Three races have been completed for every category with the Course Race format. The first to start where the Youngest, the Under 17, followed by the youth.

This afternoon the Medal race was scheduled for the first 12 athletes of every category but it hasn't been run because of the extremely light wind. 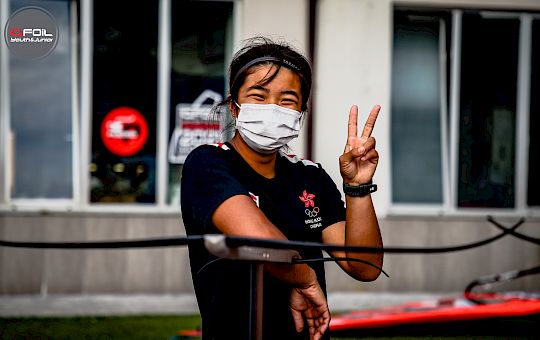 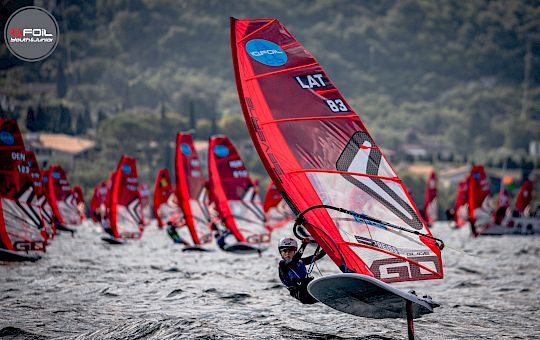 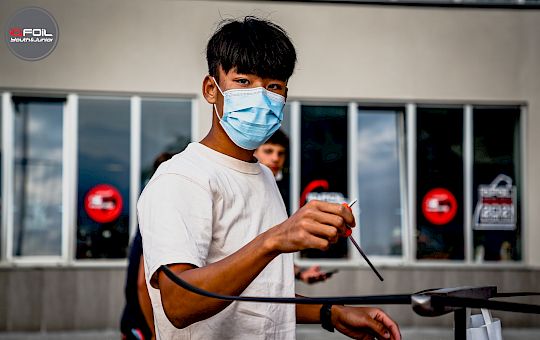 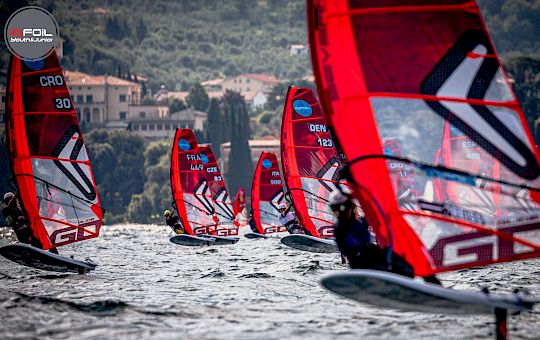 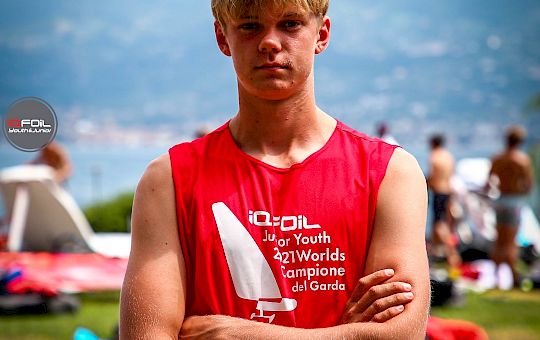 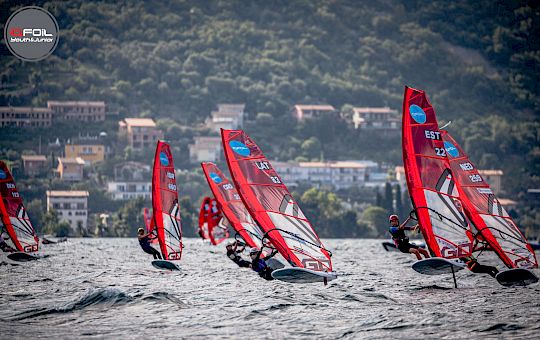 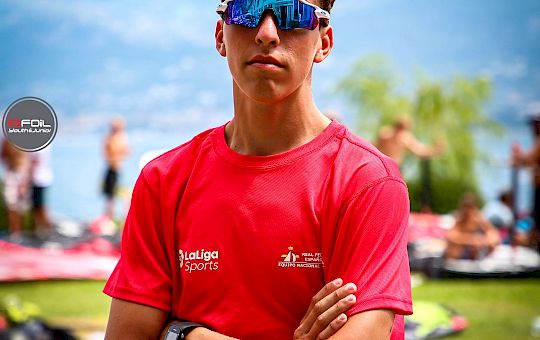 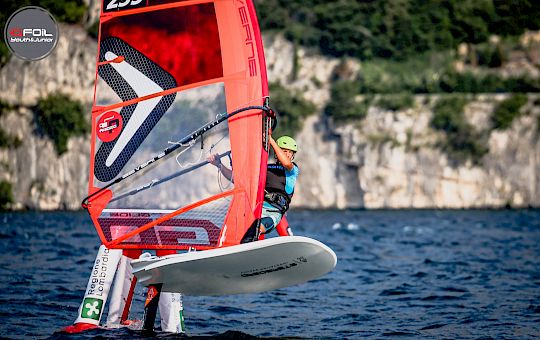 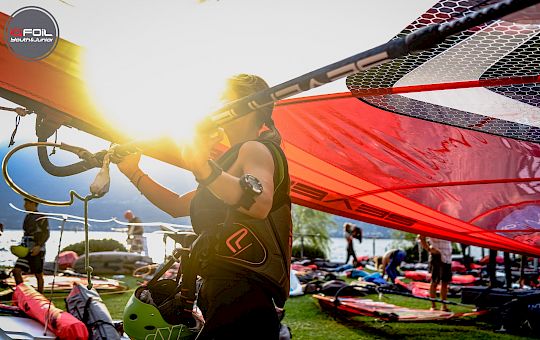 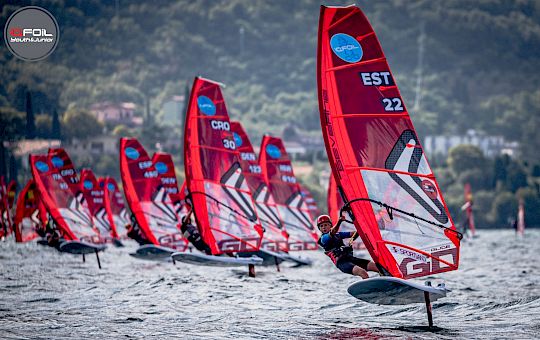 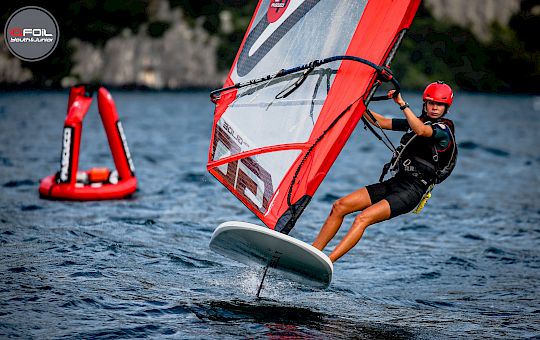 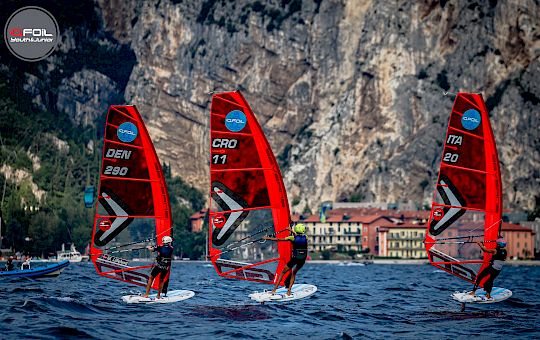 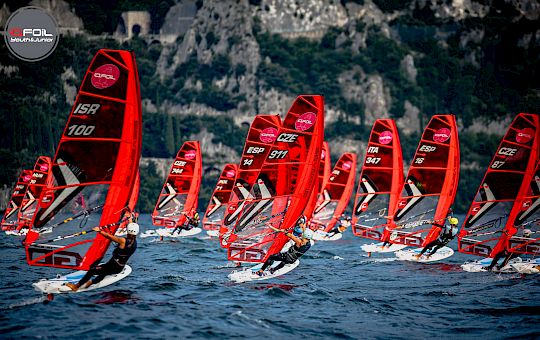 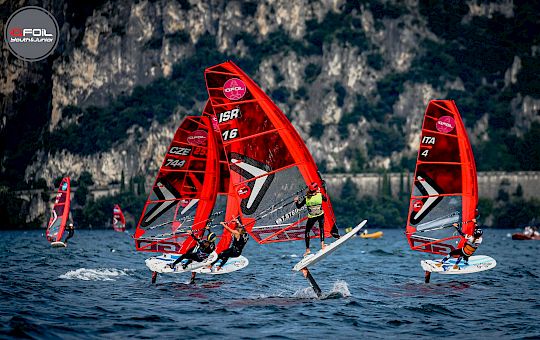