Early morning start at the iQFOiL International Games in Univela Sailing to take advantage of the strong morning breeze from the North, called the Peler. At 8am both fleets were on the racecourse and the Men crossed the first starting line of the first ‘course’ race just a few minutes past eight. The Women then followed and thanks to the beautiful conditions, the Race Committee managed to finish five course races for both Men and Women.

The 69 boys proved to be fearless on the starting lines, going off super-fast, super-close, with part of them opting for a port start. It was a very tactical day, hard to pick the right side reaching upwind as well as going downwind. Sebastian Koerdel (GER) and Nicholas Goyard (FRA) won two race each and were runner-up once, while Huig-Jan Tak (NED) won one race. Koerdel climbed up to third spot overall, Huig-Jan Tak rose to second thanks to the Course race and Nicholas extended his already tremendous margin over the fleet. Today’s provisional podium includes the same three sailors on the 2020 iQFOiL International Games final podium, but the 2021 event won’t be over until Saturday’s knock-out medal races.

“It was quite windy and quite tricky, the fleet is fast with many sailors on the left and many others on the right and you can’t really understand what is the best side, and then you have to manage the other competitors, it’s tricky, but I am happy I got some wins!” commented Nicholas Goyard.

The girls also had some adrenalin-fueled starts, 38 girls launching at full speed from the committee boat and the pin aiming for the upwind mark on flying windsurfers. Lucie Belbeoch (FRA) won four of the five races and Emily Hall (GBR) won the other one. Lucie boosted her lead in the overall ranking, Islay Watson (GBR) is second and Delphine Cousin (FRA) third.

“It was good to have some Course races today, I am happy I won most of them, I like all formats and it would be perfect if we could manage to have all of the formats of the class this week” said Lucie Belbeoch on the water.

The Race Committee attempted some more slalom racing in the afternoon, but the South wind never really built up and the fleets went back in.

The plan tomorrow is for a morning session with the third format of iQFOiL Class, the Marathon. Six miles upwind and six miles downwind of pure speed on the Olympic foiling boards. A race some of the younger sailors here have never experienced and are very keen to try. 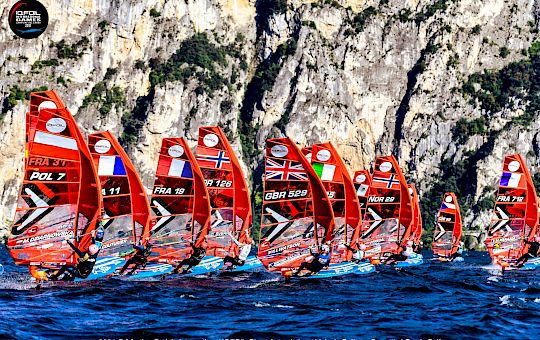 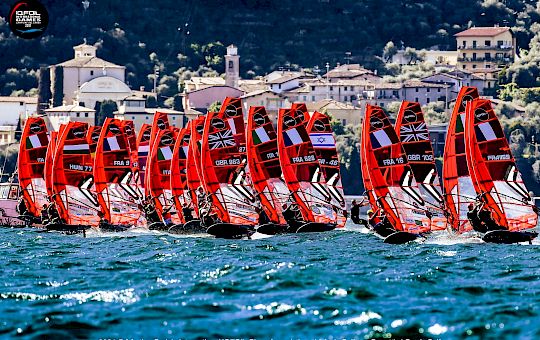 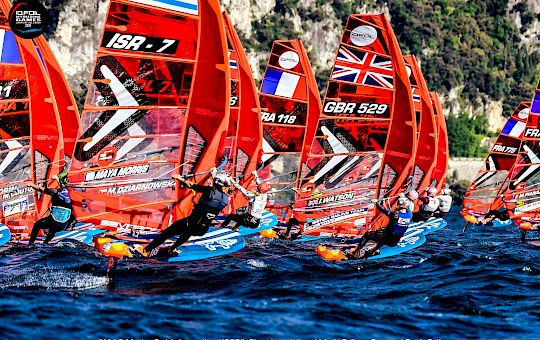 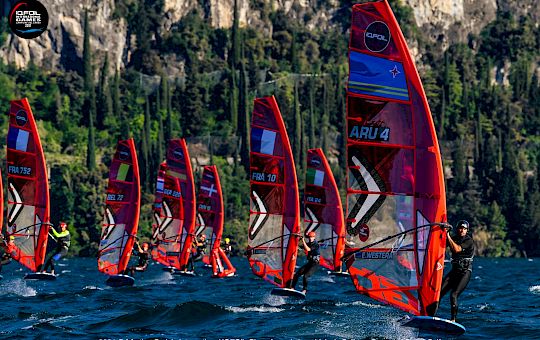 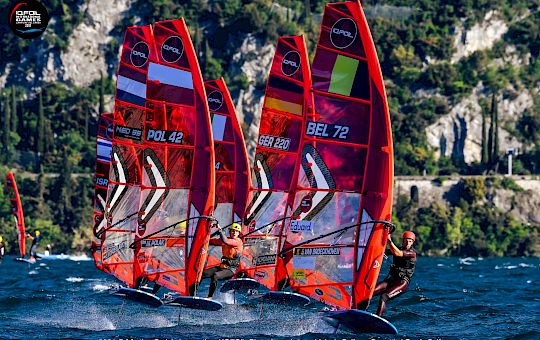 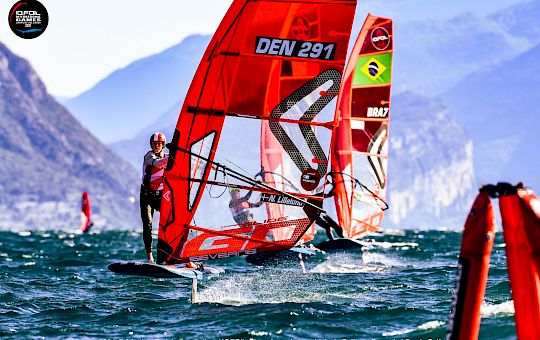 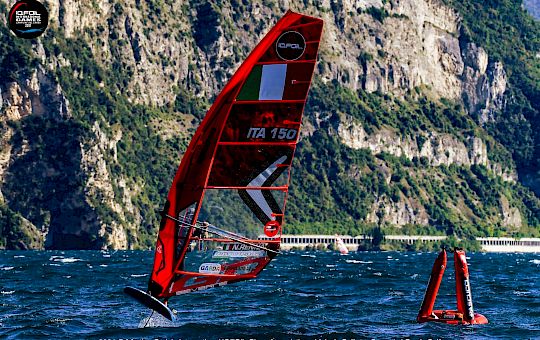 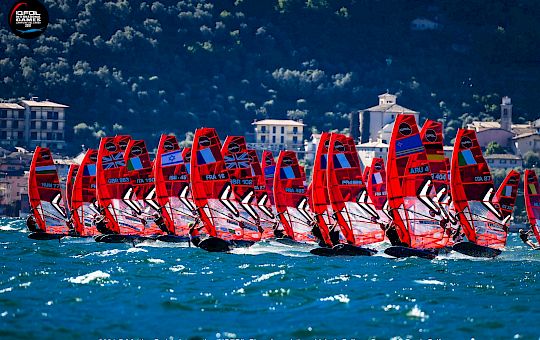 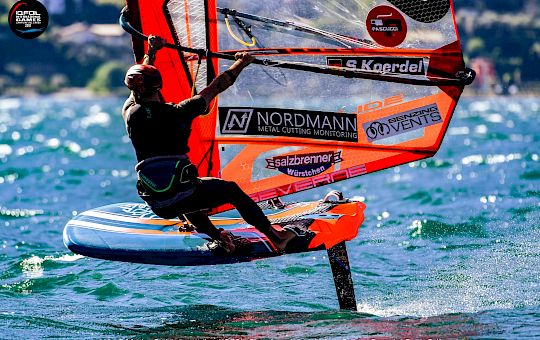 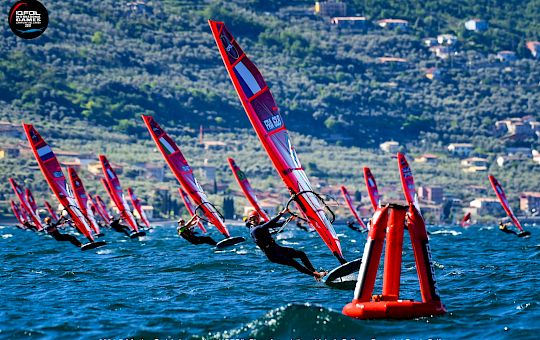 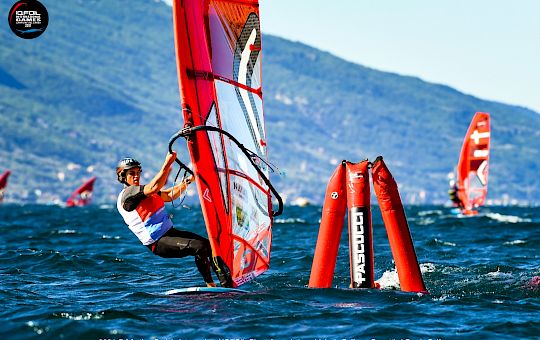 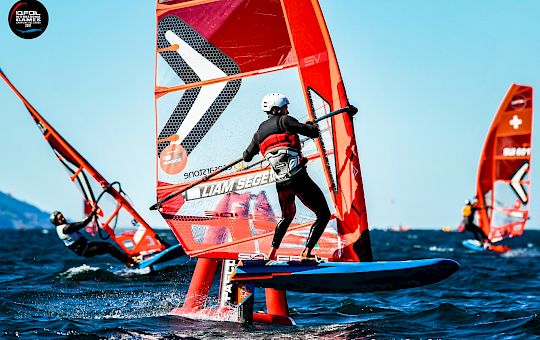 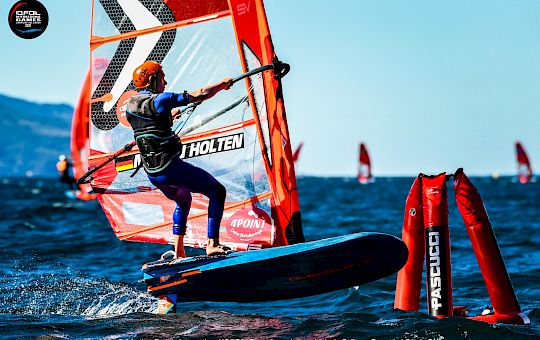 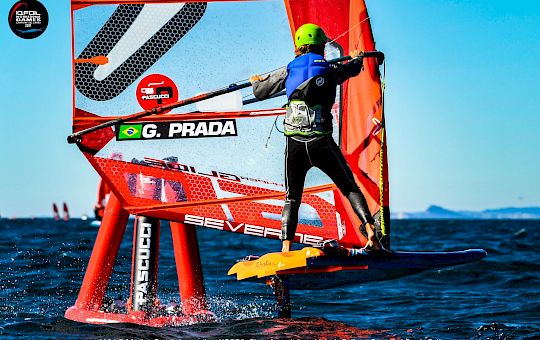 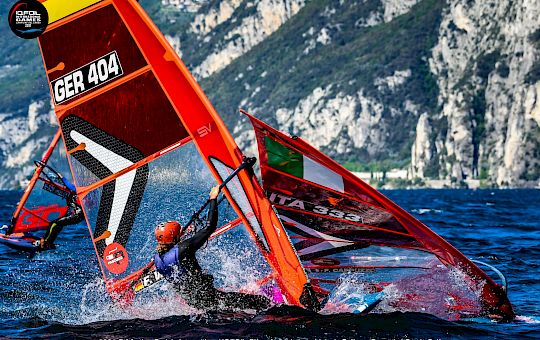