Francesco Cappuzzo (ITA) and Paula Novotná (CZE) have won the men’s and women’s fleets after a stormy finale to the Sabfoil Wingfoil Racing World Cup & Open European Championships on Lake Garda in Italy.

After a morning of rain squalls blasting down from the northern end of Garda, a weather window opened up in the afternoon for some short-course racing. While the women continued to race in one fleet, the men were re-allocated to gold, silver and bronze fleets. Five short-course races took place in 15 to 20 knots northerly wind, with an upwind start putting the wingfoilers fully to the test.

After a difficult day two, Francesco Cappuzzo (ITA) needed to make up the lost ground and see if he could haul himself up to the podium after leading the event on day one. Cappuzzo duly delivered, rising up from 7th at the start of the day to steal the title from Mathis Ghio (FRA) by less than a point. Cappuzzo won the last three heats, and his last-gasp efforts rewarded him with victory and the European title.

So close were the points, Cappuzzo didn’t know where he had finished as he stepped ashore. As soon as he was told the good news, the Sicilian burst into humble celebration. “I can’t believe it! I still don’t believe it. I am shaking. I didn’t really enjoy the start of the day as the guys went out with the coloured bibs and I was way down. I had a crash in the second race and then I thought this really wasn’t my week. But then I decided to do my best, and I really like this upwind and downwind format, and I got faster with each race. This is an amazing feeling to have won this event.”

ALL KINDS OF RACING FORMATS

Ghio was disappointed to have come so close to winning and not quite keep hold of the title that look set to go his way. Ever the gracious sportsman, the 19-year-old French rider said he would learn from his mistakes and come back stronger for the next World Cup event in Brazil in two months’ time. “I have never been to Brazil before and I’m really looking forward to competing there. I really love all the formats we do - the different mix of upwinds and downwinds, the short and the long distance. It’s a very good all-round test of winging.”

Finishing the day with three 2nd places was Luca Franchi (ITA) who rose to 3rd place overall in the men’s competition.

THE QUEEN OF WINGFOILING

Paula Novotná (CZE) scored five straight bullets and dominated the women’s competition this week. After being crowned overall winner of the 2022 GWA Wingfoil Surf-Freestyle World Tour last week in Tarifa, Spain, the Czech rider is looking like the most complete wingfoil athlete in the world. The Queen of the freestyle and racing formats.

“I'm super stoked because I'm just getting into racing and I really need to get more comfortable on upwind sailing and today I think I did a good job,” said Novotná. “I was a bit late on the starts but I'm fast. So I told myself, ‘I’m going to catch the girls and always win the race’, and I managed to do that.” She hugged Cappuzzo as he found out he’d won the men’s contest. “Congratulations to Francesco, my long-time friend from kiteboarding. And now we go together to Brazil and I can’t wait.”

Last week was also a special one for Ellie Aldridge (GBR) who took the bronze medal at the Formula Kite World Championships in Sardinia. While the Olympic campaign on the high-speed kitefoil is Aldridge’s ‘day job’, she also considers the wingfoil to be a useful form of cross-training. As well as the opportunity to spend time with her dad Martin Aldridge, the former Olympic windsurfer racing in the men’s bronze fleet.

“I was really happy to get the bronze last week in the kitefoiling, and then decided to come here to see what wingfoil racing was all about and for a bit of holiday. It's just really exciting to see this new sport grow and be part of it as well. Anyone can jump on a wingfoil and start learning how to do it, and it’s great to meet people from so many completely different backgrounds.”

Orane Ceris (FRA) finished third in the women’s fleet although only a point in front of Maddalena Spanu (ITA) who nearly pipped her to the podium. “I made a lot of mistakes today and have a lot to learn,” said Ceris. “For Brazil I will keep my gear the same, no equipment changes. I just need to work on my starts and tactics and do the right training to be better for Brazil.”

The next event on the circuit comes up in December, when the Wingfoil Racing World Cup moves to Jericoacoara, one of the most celebrated watersports venues on the coast of Brazil. Located less than 200 miles south of the Equator, the event promises a warm-weather escape for riders from the chill of the northern hemisphere. It’s also the next qualifying event for the ANOC World Beach Games due to take place in Bali next August, so the wingfoil competition should be as hot as the Brazilian weather.

More results and details about the competition at https://wingfoilracing.com/2022worldcupitaly 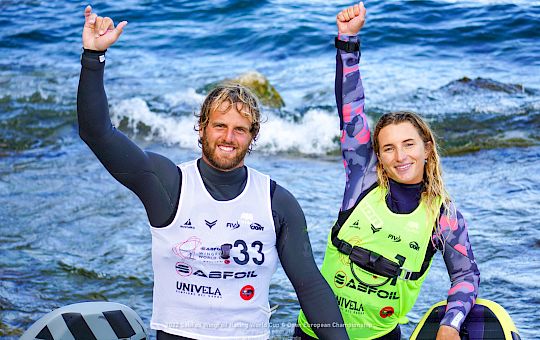 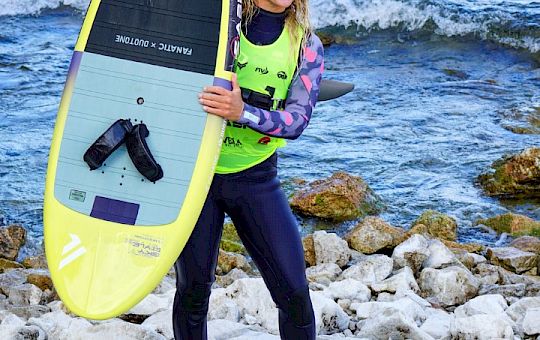 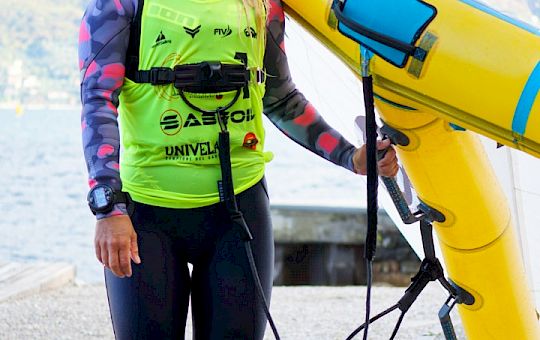 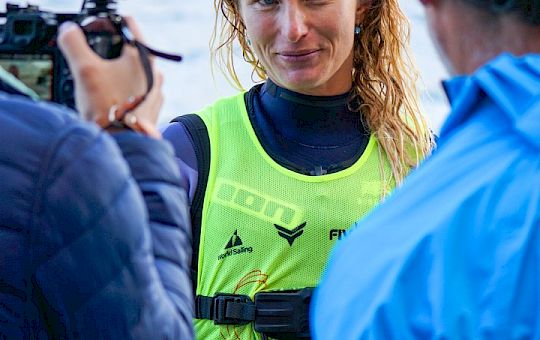 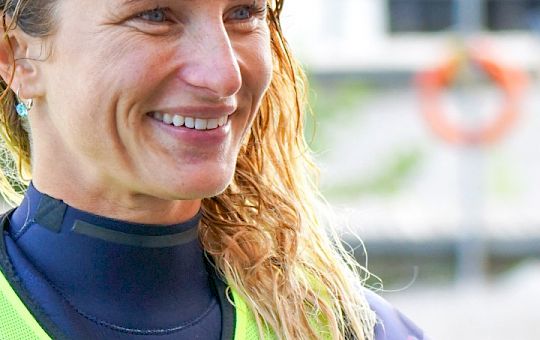 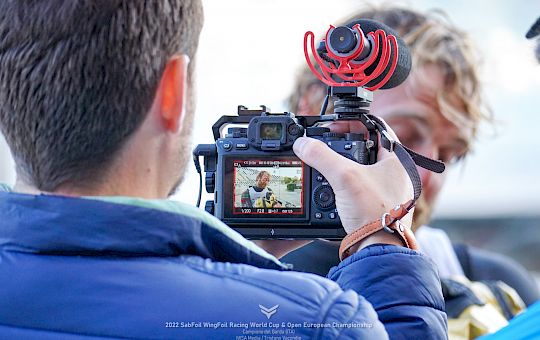 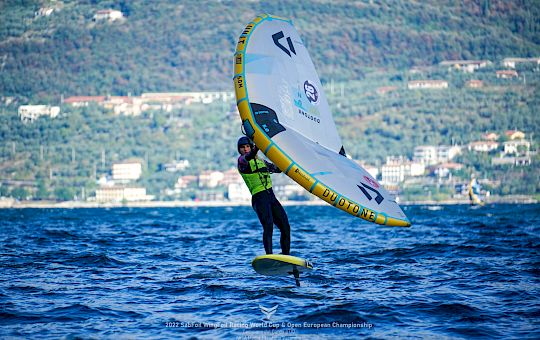