Another light wind day welcomed this morning the 74 Under 19 athletes in Campione del Garda at Univela, for the iQFOiL INTERNATIONAL GAMES YOUTH & JUNIOR 2022. The start scheduled at 9 am with the morning wind from the North, Peler, was postponed to late morning with the building of the Ora. Initially very promising, it never went beyond 10 knots. Three Slalom races were completed today by the young athletes, with very challenging conditions, for which the Committee was also pushed to hoist the black flag.

One of the victims of the Black Flag was Sofia Renna, among the U19 Women. Leader since the first day, she maintains her position at the end of day three thanks to a first and a second of the day, and the possibility to discard the early start. Second and third position are also confirmed, the Slovenian Lina Erzen, winner of the second race, and the Czech Katerina Altmannova. In fourth position the Italian Linda Oprandi, winner of the third and last race today, the only race so far not won by the first two sailors in the ranking.

The string of bullets goes on in both the U19 and U17 Men. Hidde Van der Meer (NED) among the older ones, and of the Croatian Ian Anic in the young guns. The latter discards a 17th in today's first race but makes up for it with two more wins. Looking at the U17s ranking, Dutch Skip Brüll is second, while in third and fourth position there are two Swiss athletes, Robin Sijan Zico Zeley and Noam Kobel. The Swiss team, with the Turkish, German and Italian ones, are the most promising and numerous fleets at the event.

Among the U19s, the success of the leader Hidde Van der Meer (NED) comes after a session of winter training in Lanzarote with the senior team, which has clearly paid off. The Italian Federico Alan Pilloni defends the second place: it is an excellent result so far, as it is his first international regatta in the U19 category, after winning the silver medal at the U17 World Championship last year, here in Campione. A good day also for the other Italians in this category, they are third, fourth and fifth position: respectively Jacopo Gavioli, Manolo Modena – winner of the last race – and Leonardo Tomasini. In sixth is the Swedish Vidar Nyström, third at the World U17 2021 in Campione, just like Pilloni, this is his first time with the 'big boys'.

Tomorrow, last day of the 2022 iQFOiL INTERNATIONAL GAMES at Campione Univela, the Committee's intentions are to have three Course races – which together with the Slalom and the Marathon, make up the format of the iQFOiL Class. The first start is scheduled for 8.30 am, and then proceed with the Medal Races in the early afternoon. 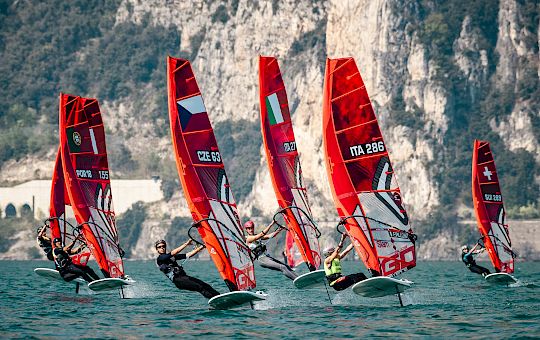 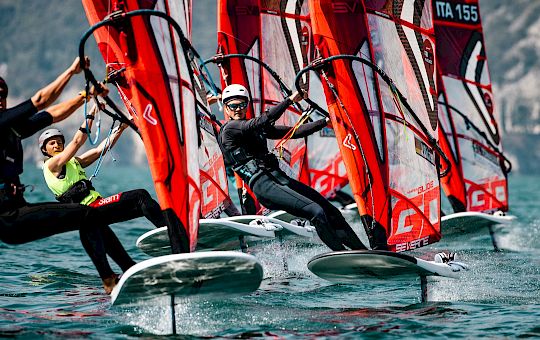 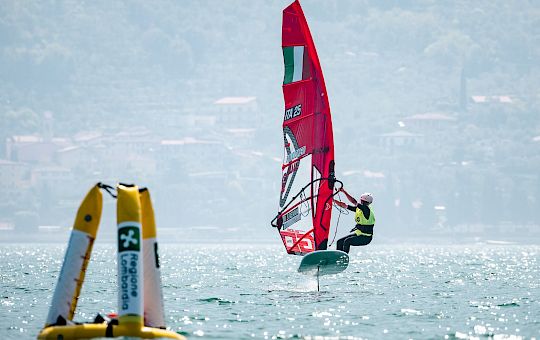 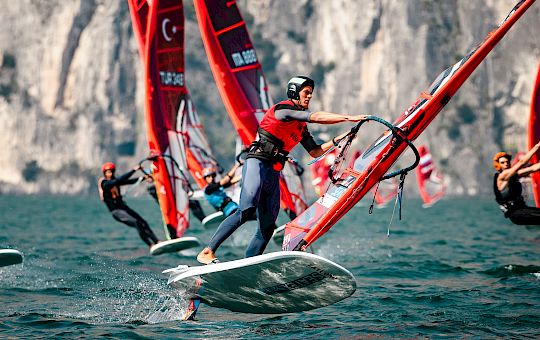 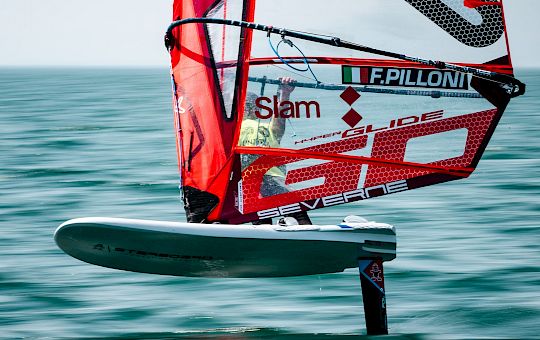