Italy, France, Spain and Israel are leading at the moment.

During the third day of the championship three races have been made for Under 19 this morning. They sailed the Course Race format which consists of upwind races that last around 15 minutes each. Instead, the Under17 category run only one course race in the morning while this afternoon they managed to have 4 Slalom races for the men.

Among the Under 19 absolute domain for the Frenchman Gaspar Carfatan with 3 bullets, followed by the Spanish Nacho Baltasar Summers (1-3-2). The Italian Manolo Modena (4-1-1) conquers the third place of the provisional ranking.

In the Youth women fleet, Manon Pianazza, from France, had a really consistent score today (1-1-3) and she is demonstrating that she can well handle all conditions. What makes her stand on top of the others is perhaps the fact that she doesn’t make many mistakes.

The Italian, Sofia Renna, has maintained the second position in all the races of today, followed by the Israeli Mika Kafri (4-3-6).

In the Under17 fleet keeps thriving the French Eliot Ponce-Beranski that today scored only first places. It’s a hard battle between him and the Italian Federico Pilloni as they both only scored bullets except for the discards. In third place with three good slalom races Lidor Toledo from Israel.

In Under 17 Girls the Israelian Tamar Steinberg is leading the fleet with all first places. She’s proving to be one step ahead of the rest of the fleet.

In second place Maria Rudowicz from Poland, followed by Maya Gysler from Norway.

From friday morning the fight for the men’s Under 19 and Under 17 fleet will become very competitive because the best of the two fleets will race against each other. With today's races the qualifying races ended and the competitors will race in Gold fleet and in Silver fleet.

The start was fixed at 8.00 am to make the most of the Peler, the local wind coming from the North. The wind arrived with a medium-high intensity, around 14 to 18 knots and the Under19. fleets completed 3 course races.

The Under 17 fleet started the races at 10.00 a.m immediately after the Youth fleet. They completed just one Course race for each fleet because during the morning wind started to drop. Races were very technical due to unstable and light wind. There have been many changes in the positions during the races as only the best and most sensible managed to maintain the foil flying. The races have been very tight and it was very difficult to understand who would have won .Instead, in the afternoon the Under17 boys managed to finish 4 Slalom. 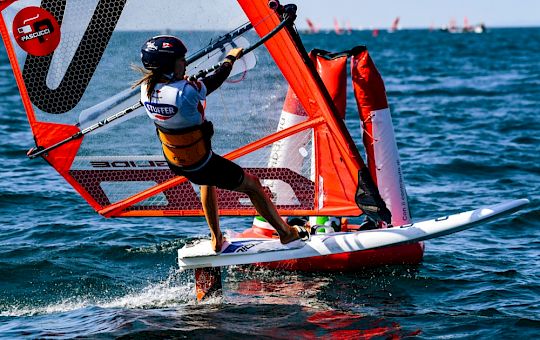 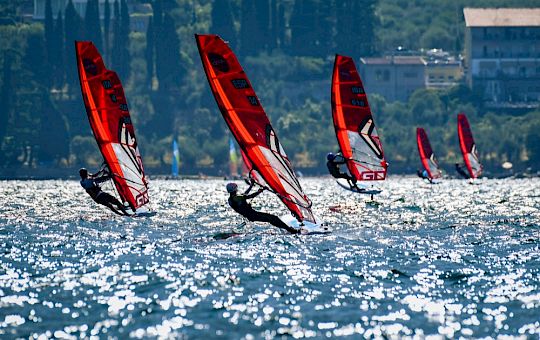 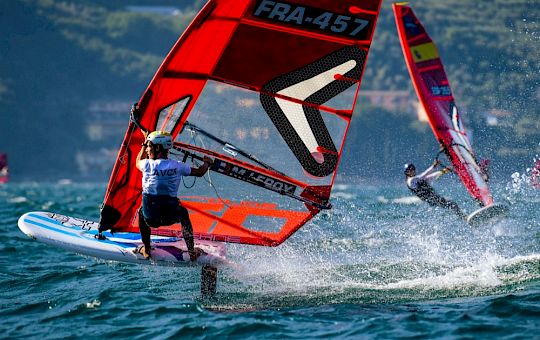 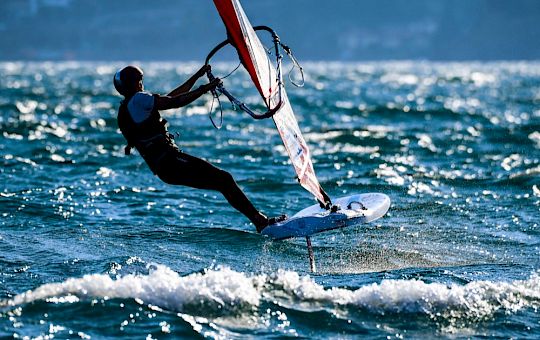 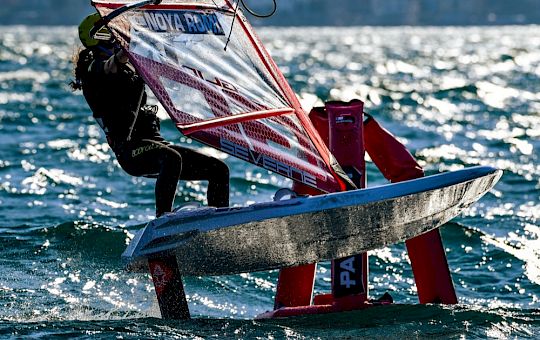 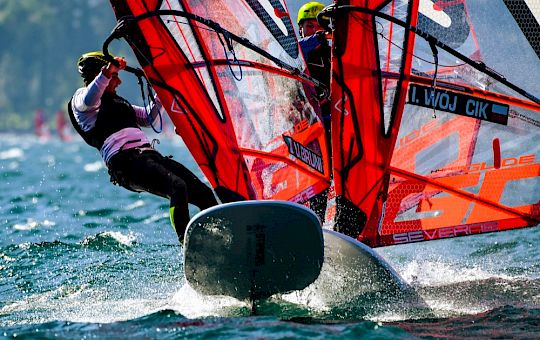 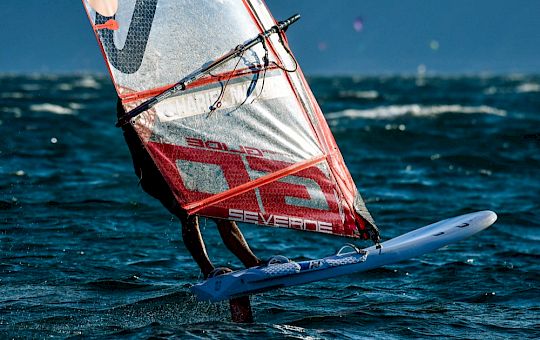 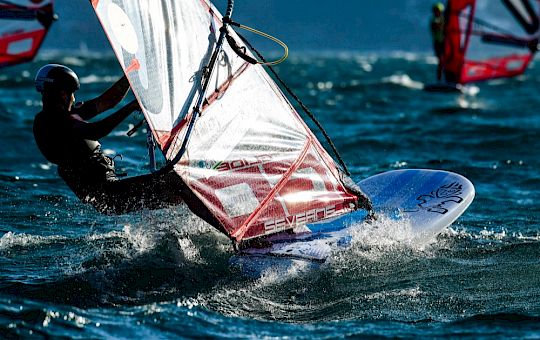 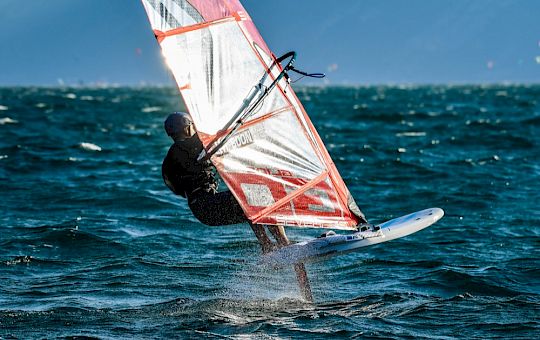 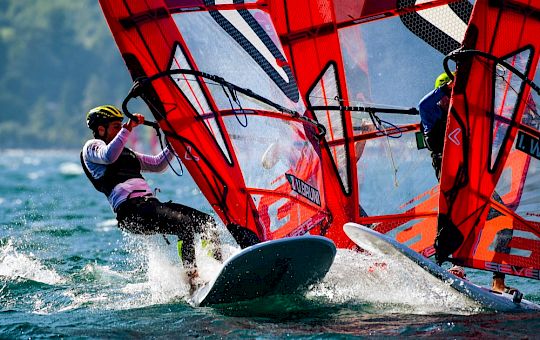 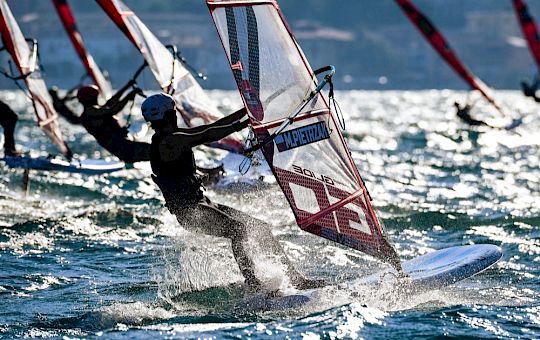 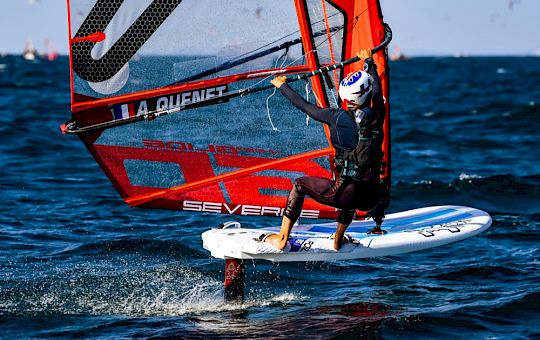 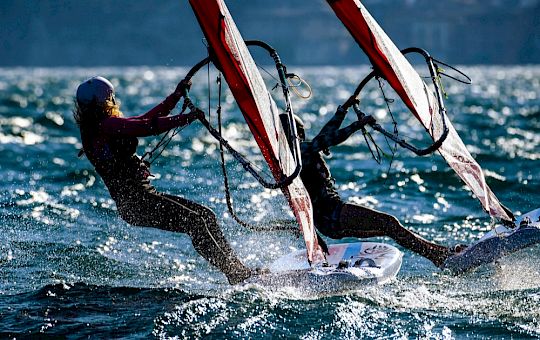 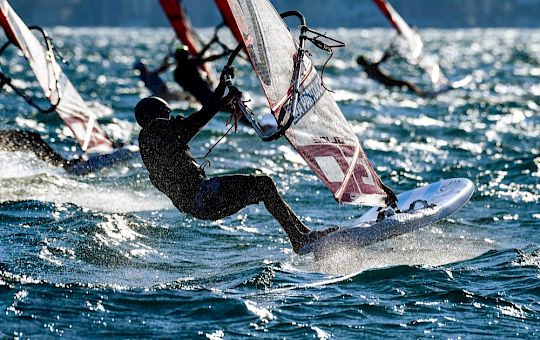 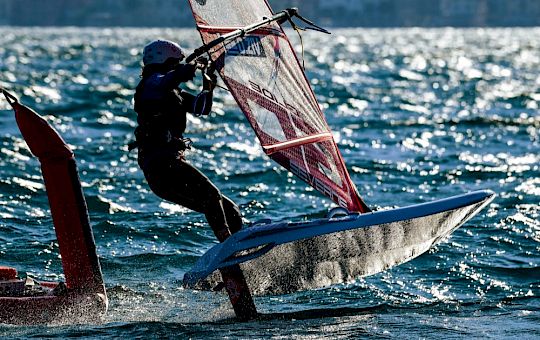 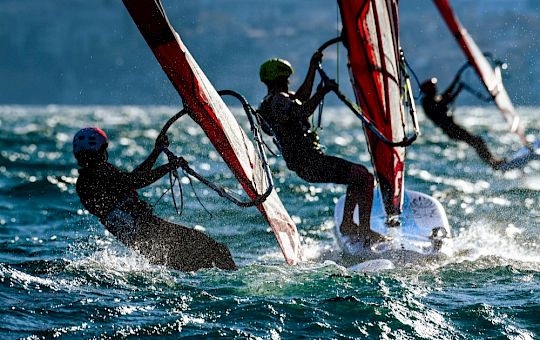 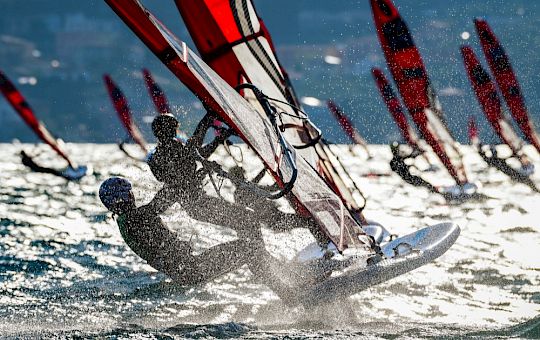 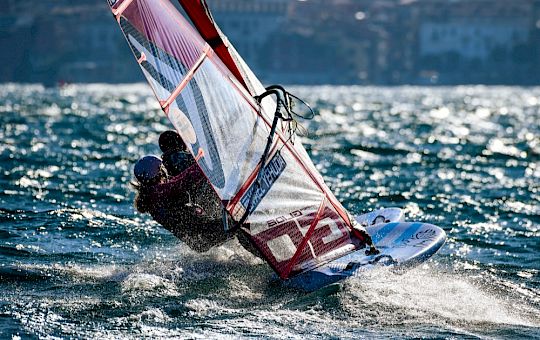 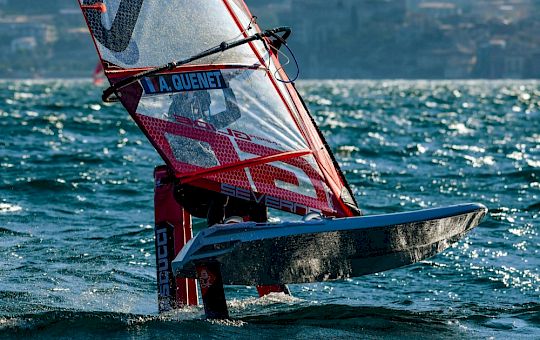 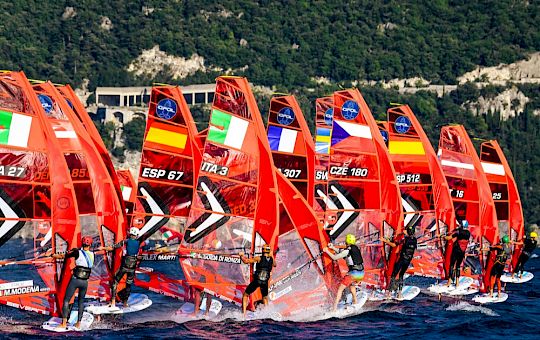 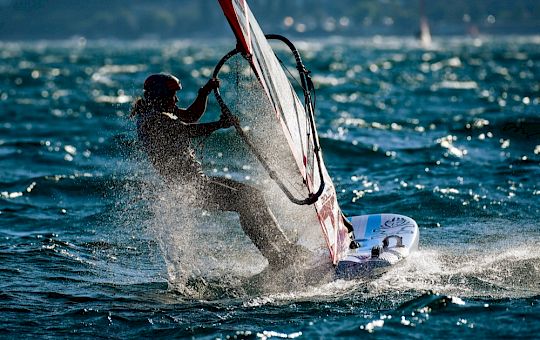 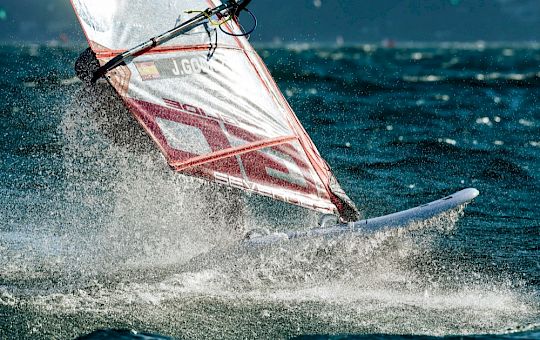 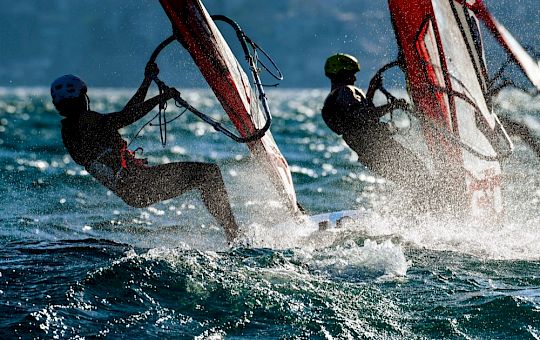 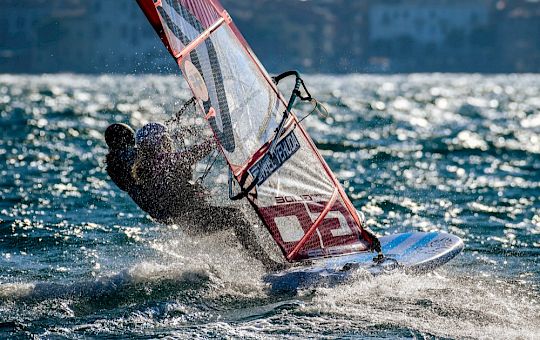 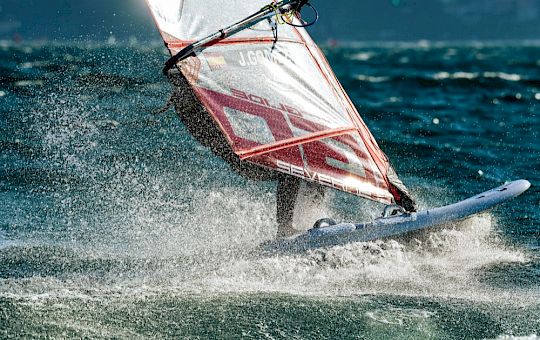 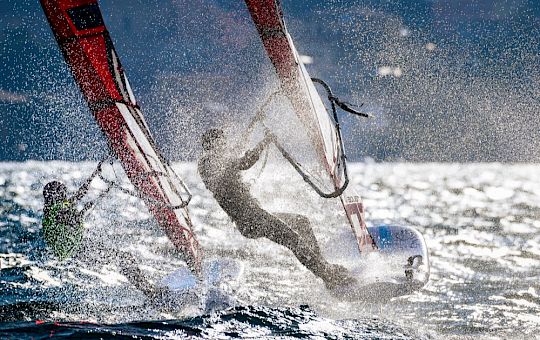 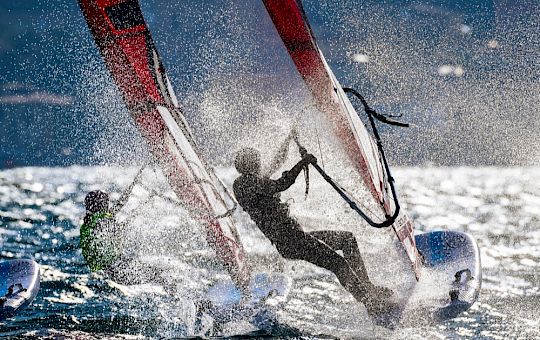