On the second day, there were three races with light wind and courses Course and Slalom

The second day of the iQFOiL Junior & Youth World Championships, organized by Univela Sailing and Canottieri Garda Salò, started at Campione del Garda with a light and shifty wind.

In Under17 blue fleet, excellent performance of the Israeli Lidor Toledo, who closes in the lead, followed by the French Tituan Fasquelle and the Israeli Daniel Halperin.

Among the Italians U17, the fifteen-year-old Federico Pilloni of the Windsurfing Club Cagliari - already winner of two International Games and on the podium of all the Italian championships in recent years - played a perfect race demonstrating grit and technique, arriving in first position in the Yellow fleet, followed by the French Clement Picquet. "I made a good start in full speed in the open air, then while the whole fleet went to Malcesine, I went towards Campione and did the race in total control and managed to keep the Frenchman behind", says Pilloni at the end of the race.

At equal points, in the Blue Under17 fleet, excellent performance of the Israeli Lidor Toledo, who closes in the lead, followed by the French Tituan Fasquelle and the Israeli Daniel Halperin.

declared: “I’m happy to have won the first race, I trained a lot for this event. I hope I’ll be able to keep my place on the top of the ranking and to keep having fun”.

Thursday, July 29 start is scheduled at 8.00 am to "take" the Peler, the local wind from the north.

At the start, as scheduled at 9.00, the wind was extremely light.

Every fleet of the Under 17’s category managed to complete one race - two for the men and one for the women – with the Course Race format, as well as the previous day. During the upwind races the wind stabilized between 10-12 knots, and then dropped in the rest of the morning.

In the afternoon, at the third start attempt with the Sprint Slalom course, which provides a duration of five minutes a race, Asgar Kikabhoy of Hong Kong was the only athlete who managed to stay in foil (in flight).

The rest of the fleet finished the race without flying on the foil due to the little wind. 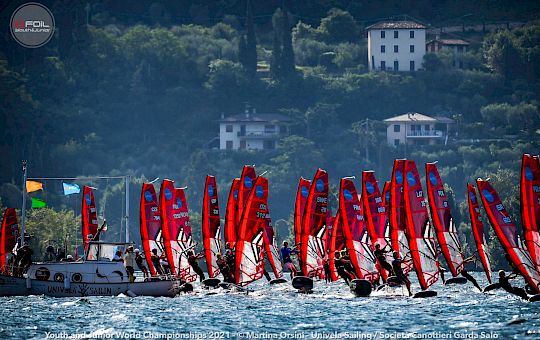 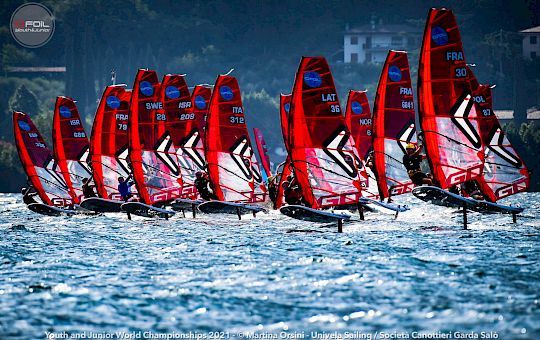 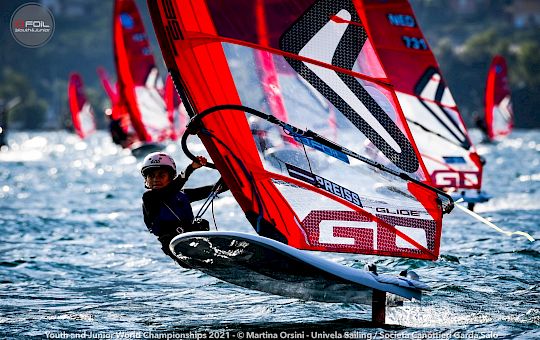 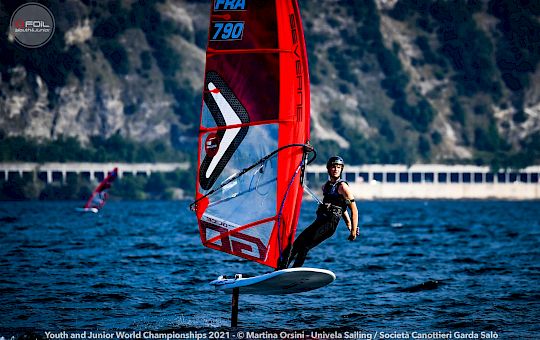 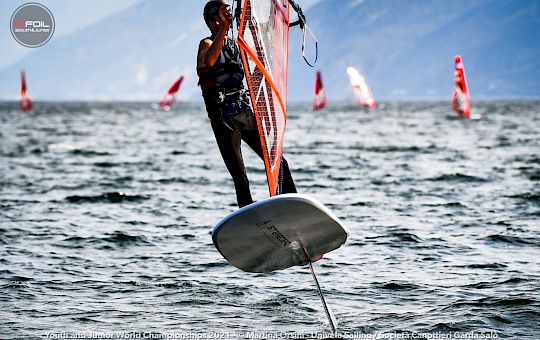 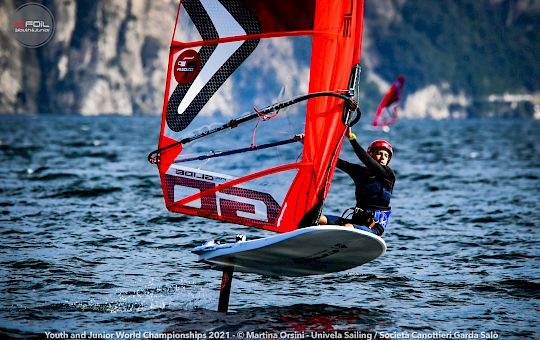 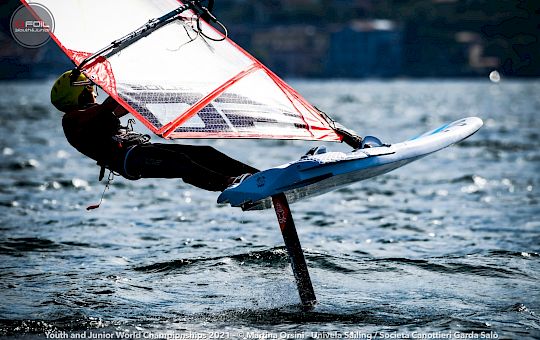 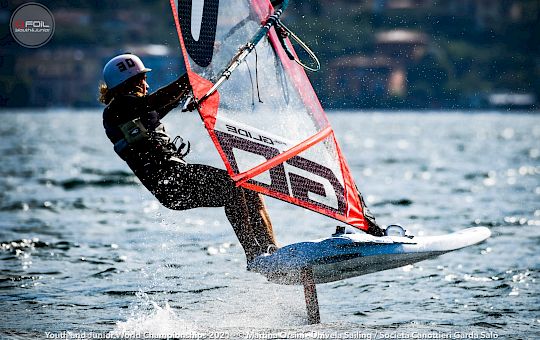 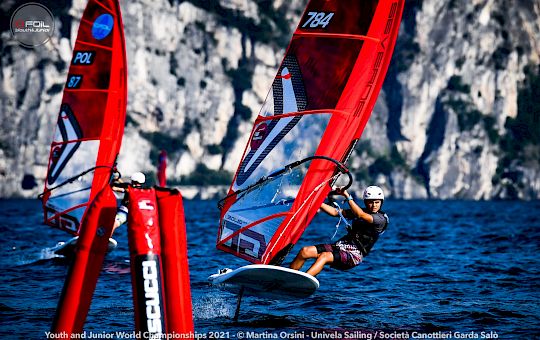 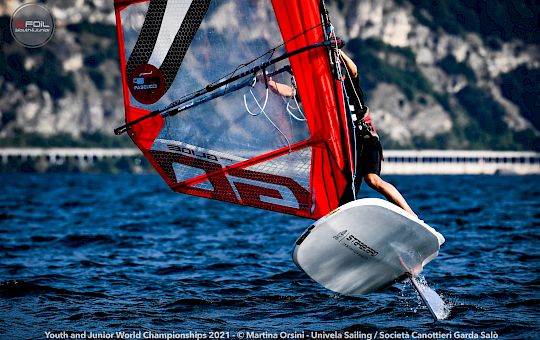 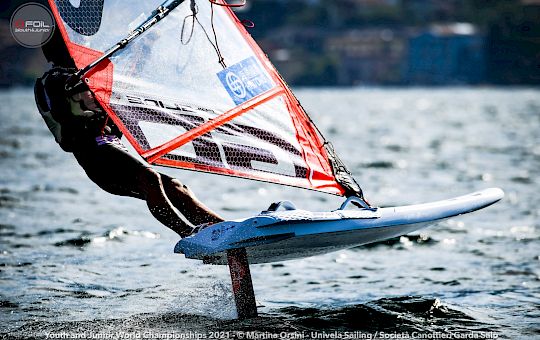 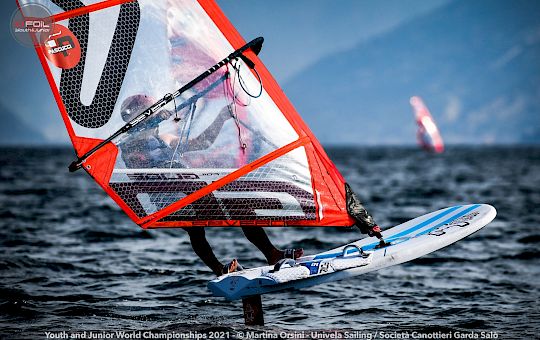 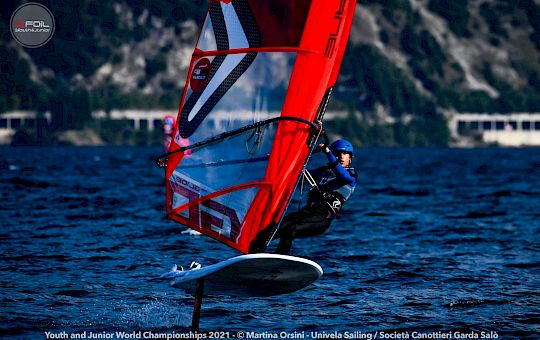 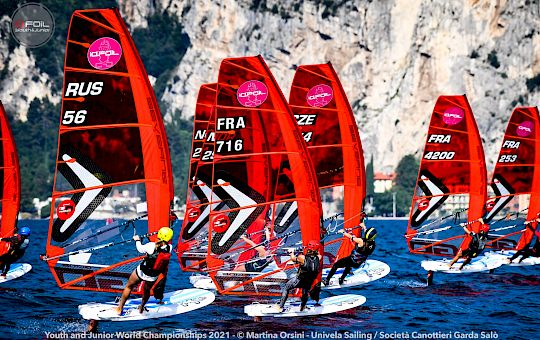 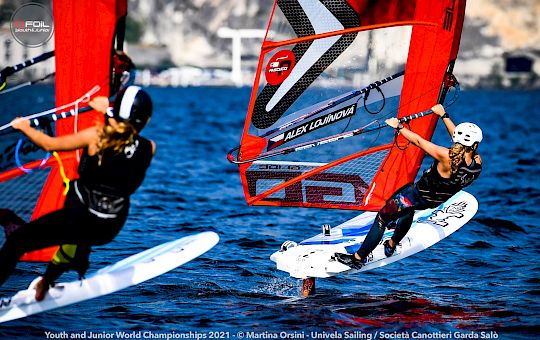 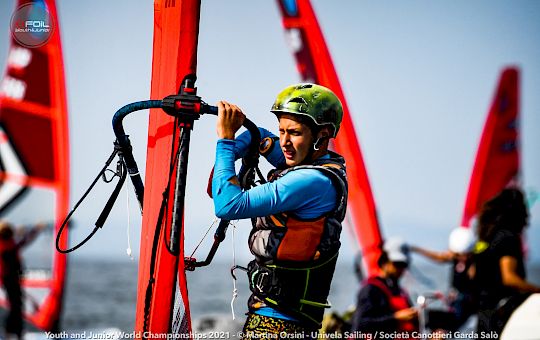 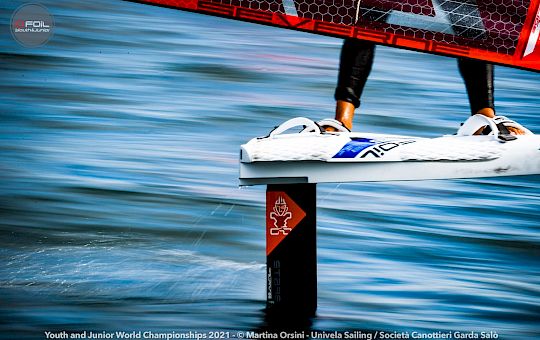 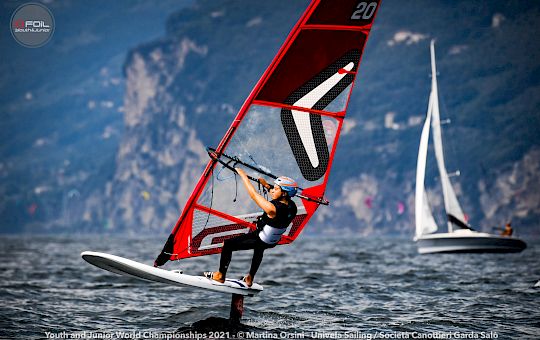 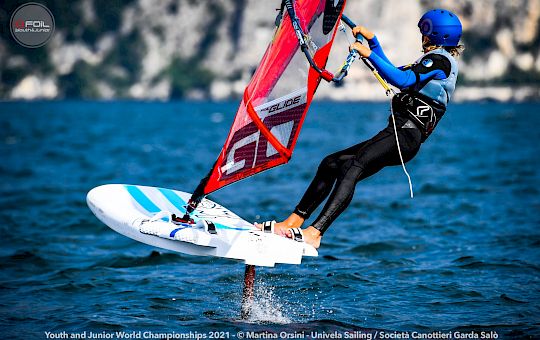 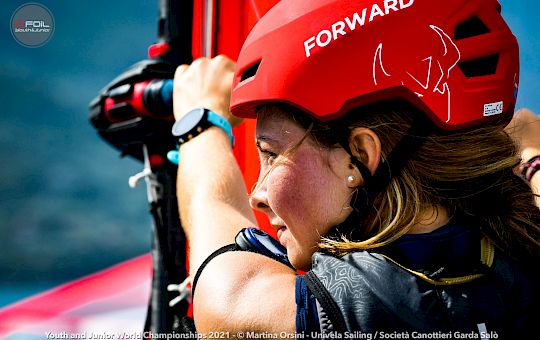 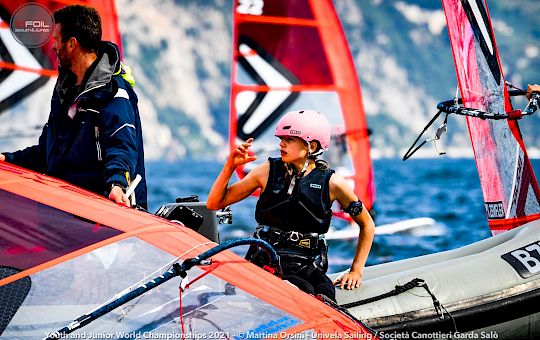 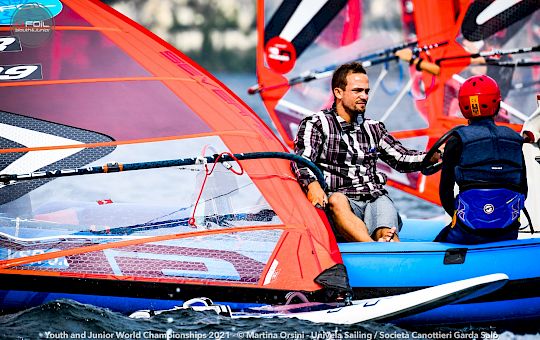 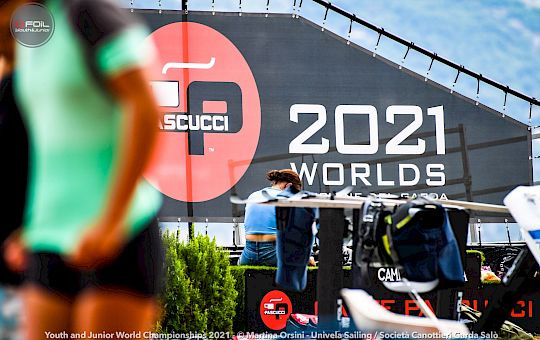 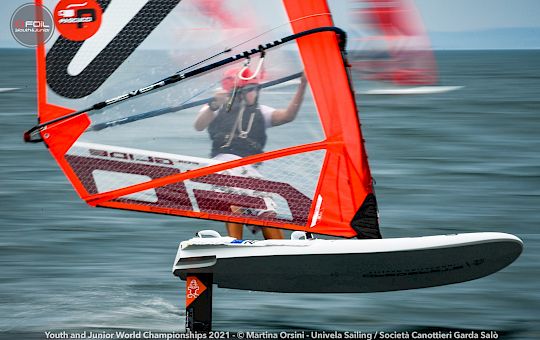 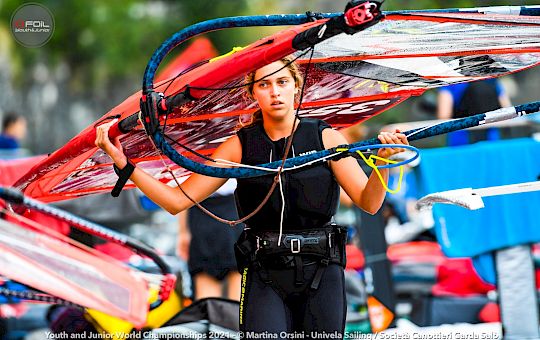 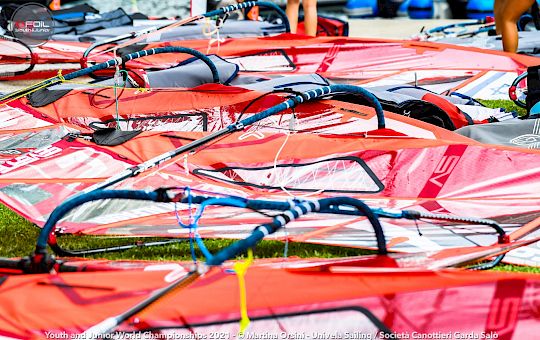