Lake Garda, more than 230 athletes coming from 25 different countries are going to be competing in Campione Del Garda to contend the title of Youth and Junior World Championship.

Beginning tomorrow is the World Youth and Junior Championship of the new Olympic class which is doing its debut at Paris 2024 Olympic Games. The first possible start is scheduled for Tuesday at 9am. The young windsurfers are going to be competing until Saturday 31 of July at 18:00 when the new champions are going to be crowned at Univela Sailing.

The equipment of the new discipline differentiates from the previous one by the presents of a foil, the same principal of the famous America’s cup has been applied on the sailing class to push it towards the future of sailing, an adrenalinic future. These boards can reach very high speeds making the races a lot more engaging and dynamic.

The board and the sail are the same ones for everyone since it’s a one design class, the concept was born to keep the race equal for all competitors. The athletes Under 17 will be competing with a 7 msq sail whereas the Under 19 will use a 8 msq one, the board and the foil will remain the same.

The format foresees 18 races, 10 of whom will be of qualification while the 8 remaining will be finals. Races can be sailed with 3 different courses: Course race ( upwind ), Sprint slalom (Fast races, 5 minutes target time), Marathon (Long race with upwind and downwind, the target time is 60 minutes). The intention is to sail all three disciplines over the course of the event on the basis of wind conditions and forecast and it is at the discretion of Class Course Representative.

This first world championship will sign the future of a new era for the youth windsurf world, the high number of participants is a great sign for the future of the class.

Some nations such as France, England, Israel and Italy will find themselves on the starting line with many athletes ready to take on their dreams. 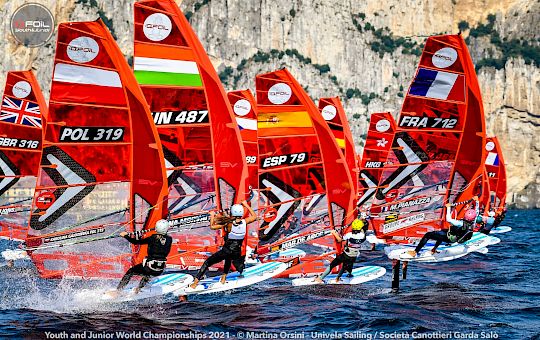 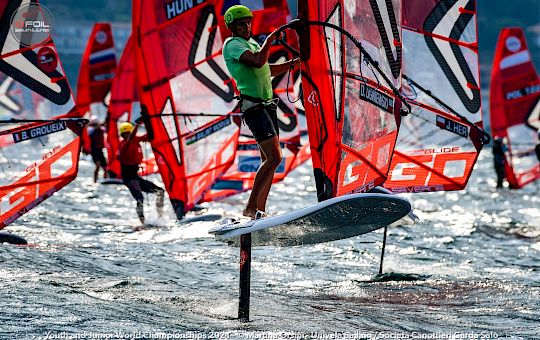 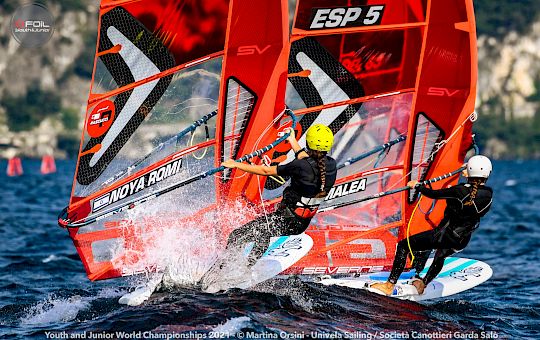 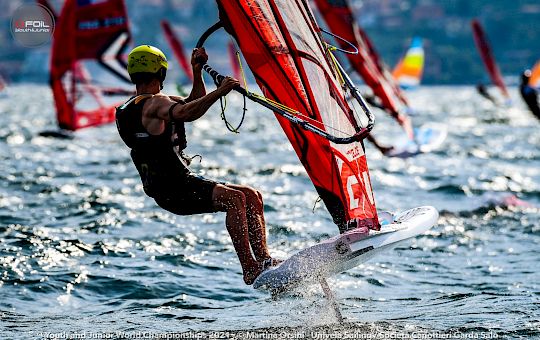 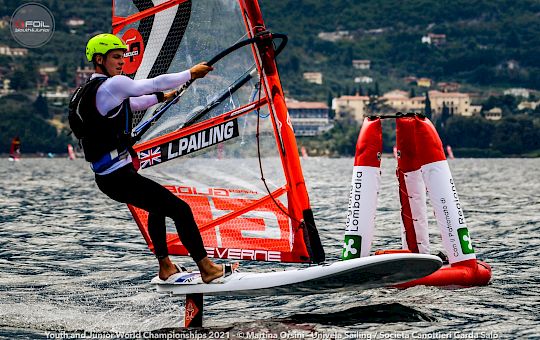