The Meringa Cup - Trophy Alpe del Garda ended yesterday with the third day of races. 140 athletes from 14 different nations attended this regatta organized with the Patronage of Lombardy Region. Here are the final results after the 8 races. For the U11 class the first classified are Andrea Demurtas from the club Fraglia Vela Riva and Irene Faini from the club Fraglia Vela Malcesine. Jesper Karlsen, racing for Circolo Vela Toscolano Maderno, and Ginevra Rovaglia for Centro Nautico Bardolino came second. In third place are Artur Brighenti from Circolo Nautico Brenzone and Isabella Piacentini from Fraglia Vela Malcesine. In the U16 category the situation of the results turned upside down compared to the previous days. The first classified are Weka Bhanubandh from the Royal Varuna Yacht Club and Alina Shapovalova from the Odessa Transbunker Sailing Team. In second place came Sviatoslav Madonich of Ukrainian club One-Sail and Noppassorn Khunboonjan of the Yacht Racing Association Of Thailand. Third place went to Rocco Wright of Irish club Hyc and Gaia Zinali of Circolo Velico Antignano. Chanatip Tongglum from the Royal Varuna Yacht Club and Margherita Martarelli from Società Canottieri Garda Salò came fourth. In fifth place were Alberto Avanzini from Centro Nautico Bardolino and Vittoria Zana from Società Canottieri Garda Salò. New this year, the Alpe del Garda Trophy, dairy and cooperative of Tremosine, was won by the team with the 3 best athletes, the Yacht Racing Association Of Thailand. 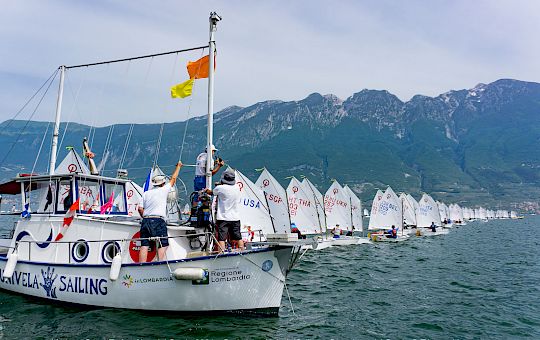 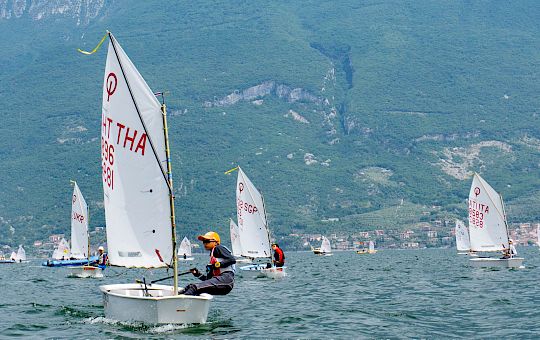 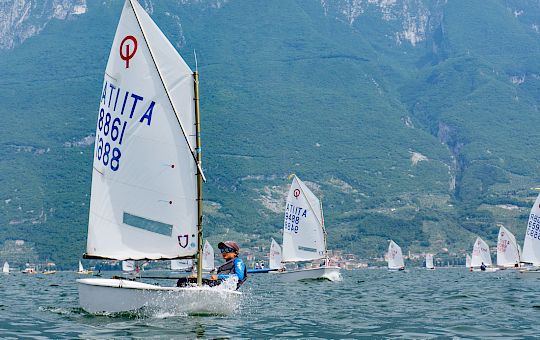 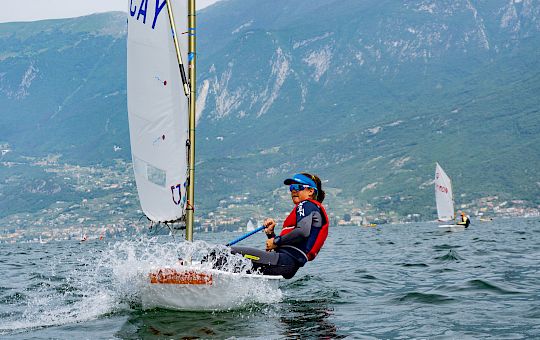 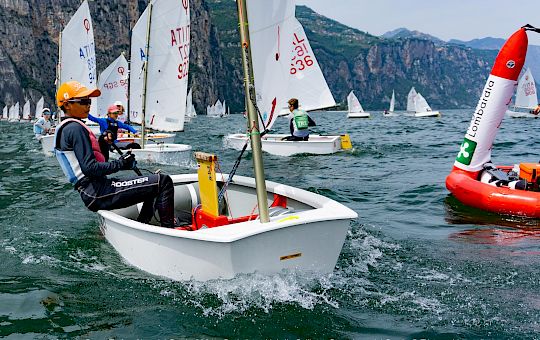 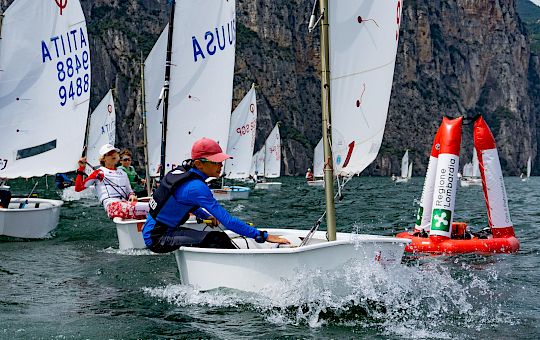 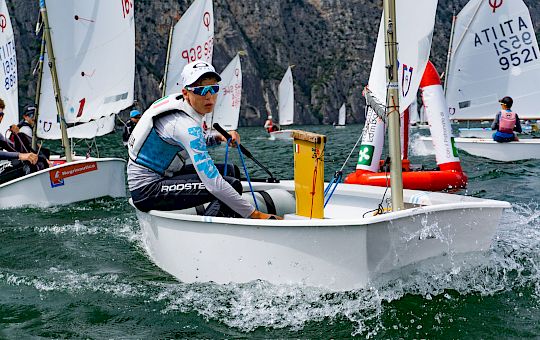 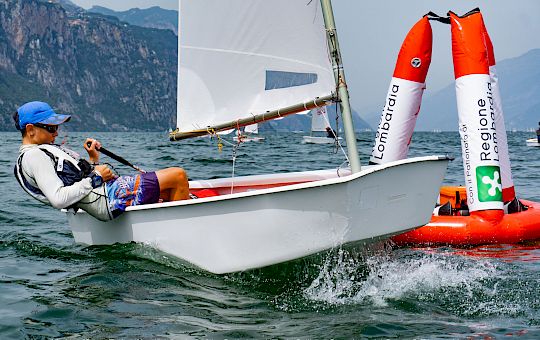 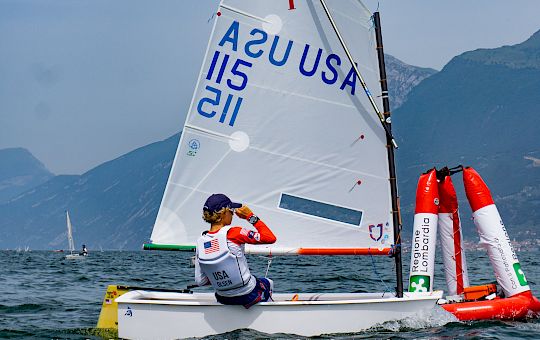 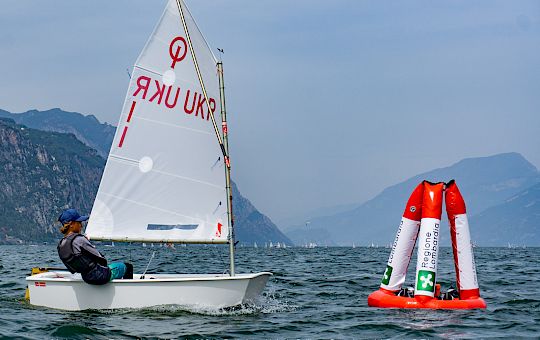 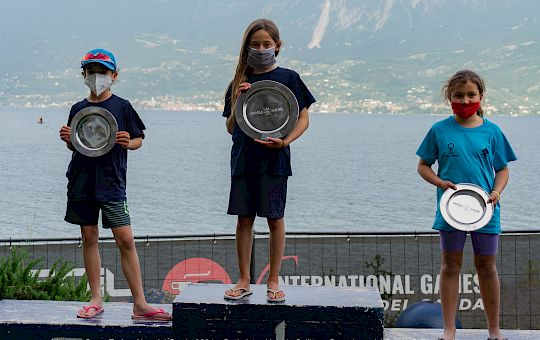 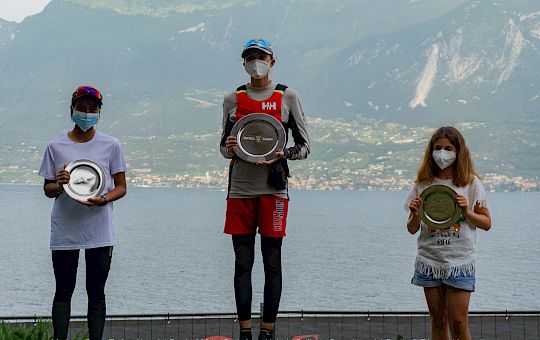 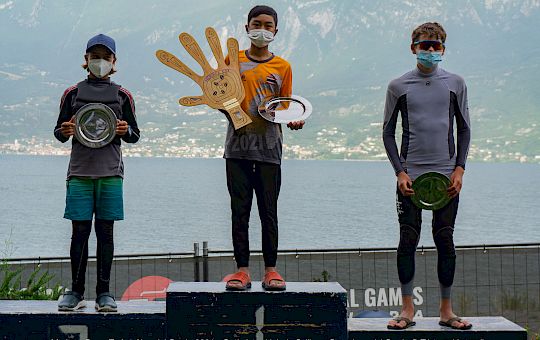 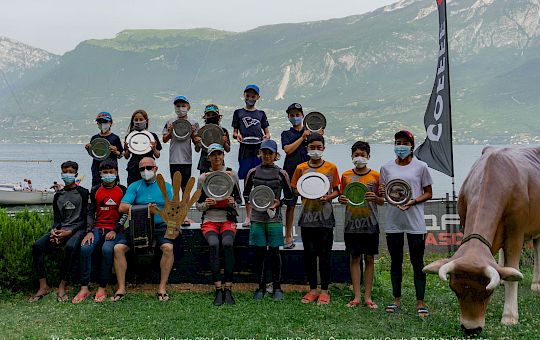