Fierce competition on Day one of the iQFoil International Games in Campione, Lake Garda, for the almost 200 riders coming from 29 nations, at what it was supposed to be the first IQFoil World Championship for the Paris 2024 Olympic sail board. A revolution for Olympic windsurfing, now foiling over the waves instead of surfing them, faster and with a new format: not just the windward-leeward racecourse, still run when the wind is above 10 knots, but a Sprint Slalom – very familiar to athletes coming from the PWA and foiling generation – and even a Marathon. Two worlds are converging here in the IQFoil; the very tactical, technical and light weighted RS:Xers and the powerful, strong and skilled riders from the PWA circuit. The level of energy is sky-high, with everyone thrilled to see who, from both worlds, will better perform in a big fleet, and with everyone just excited to be back racing.

Four Course races finished for both men and women – with the men divided into two 59 board fleets – in the morning with a nice 15-20 knots ‘Peler’, the local AM wind from the North, and choppy water state. Four bullets for Nicholas Goyard (FRA), third at the Europeans in August in Engadin, in the men blue fleet, closely followed by Sebastian Koerdel always second, and second at the European Championship. Whilst the yellow fleet is more open, with Pierre Le Coq (FRA), European champion Kiran Badloe (NED) and Nicolas’s brother, Thomas Goyard (FRA) alternating in the lead. In the provisional men overall the top three are Nicholas Goyard, Sebastian Koerdel and Pierre Le Coq.
The Women European champion Helen Noesmoen (FRA) won three out of today’s four races and is leading at the end of the day, but fellow countrywoman Delphine Cousin isn’t far behind in second overall, and the very young and talented Islay Watson (GBR), who was the runner-up at the Europeans, in third.

After a short wait ashore for the ‘Ora’ to fill in from the South, the 184 athletes headed back on the water for an afternoon session of Sprint Slalom with 6-8 knots. One round of qualifications and one of finals, with Sebastian Koerdel (GER) winning in the blue fleet and Bruno Martini (ITA) in the yellow.

“I am really happy of my first day here in Lake Garda - comments Nicholas Goyard (FRA) – I did better in the Race Course than the Slalom, even though coming from PWA I am more accustomed to Slalom, even though I do like the Course; it’s got different tactics and a different way of sailing, they are complementary and I don’t prefer one or the other.

“I have been sailing against my brother for about a year as he has joined some of the PWA events, and we will be preparing together for the qualification to the Paris Olympic Games.”

“Long day today, it was wavy and hard, both morning and afternoon – says Sebastian Koerdel (GER) – but it’s great we could get in so many races and we had lots of fun. I am happy about my speed in the slalom, more than my gybes, I’ve had a good fight with Matteo (Iachino) and looking forward to tomorrow.”

Tomorrow, Day two of the IQFoil International Games organised by the iQFoil Class and Univela Campione, the first signal is scheduled to blow at 9am with the long distance race planned for the 184 competitors who will race on Lake Garda until Saturday October 24th when the Medal Series among the best 12 boarders of the week will take place. 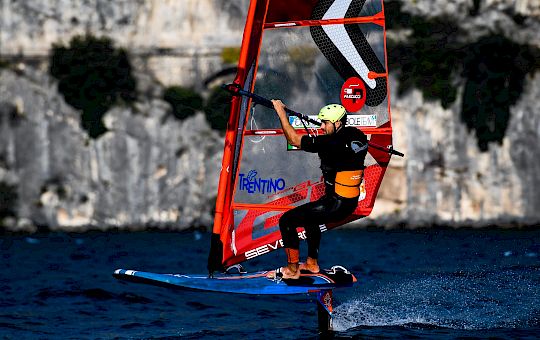 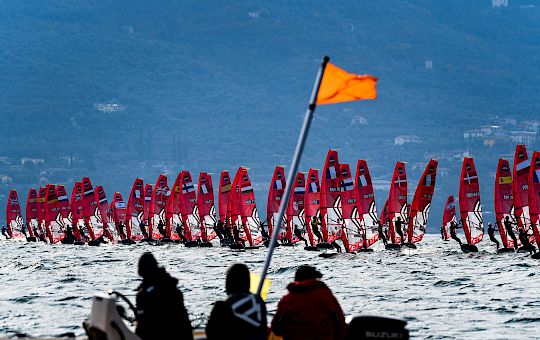 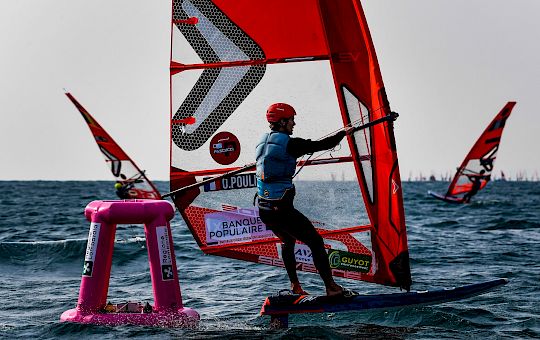 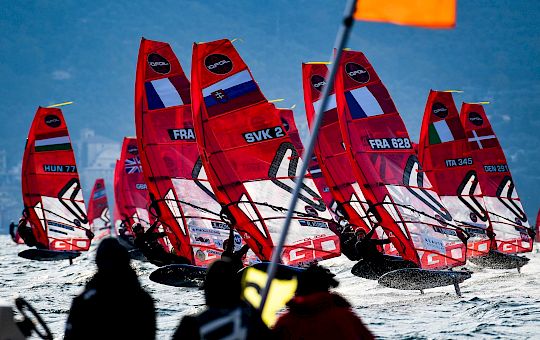 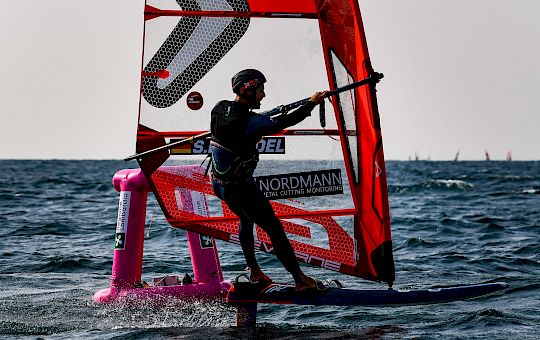 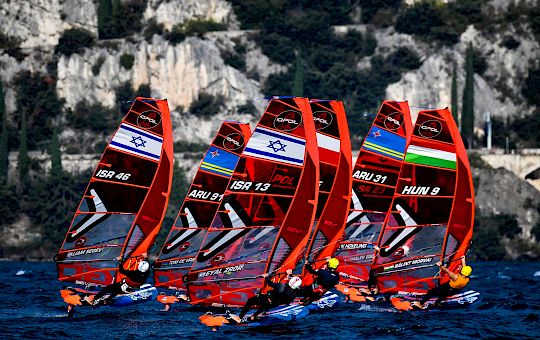 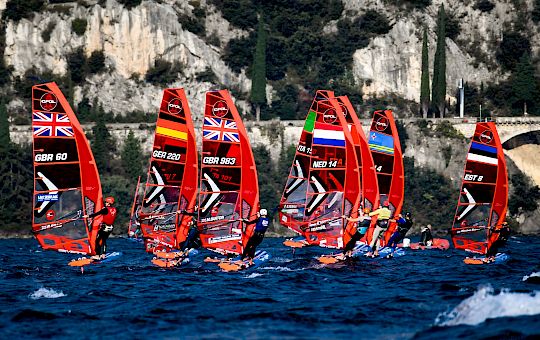 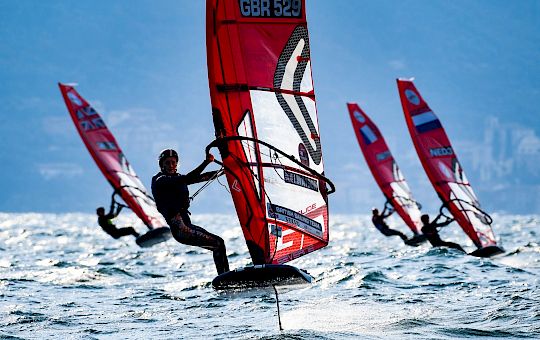 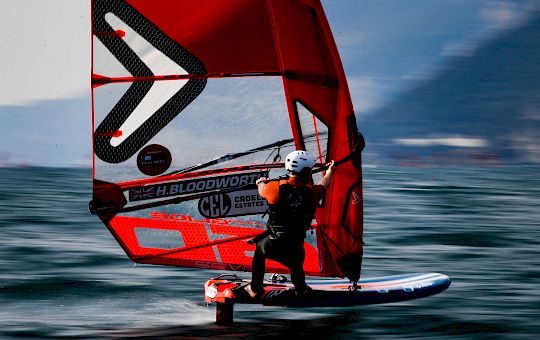 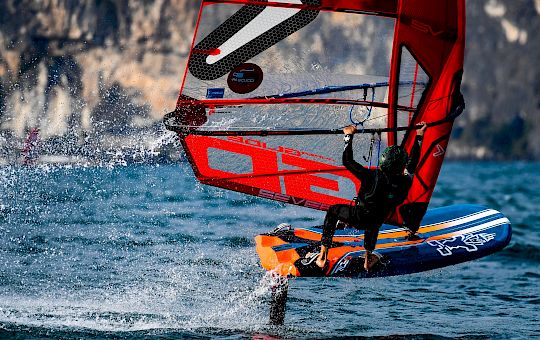